In the last post, I endorsed a Russellian approach to the mind-body problem (specifically the view labeled "panqualityism"), noting that one of the important tasks this framework leaves us with is explaining the subjective dimension of consciousness. This problem arguably requires less of a deep dive into metaphysical waters, but rather a consideration of the ways a naturalistic approach can tackle the phenomenon, once isolated from the other aspects of mind. 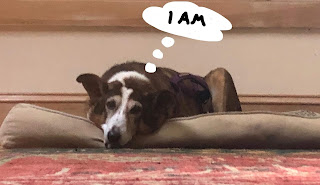 From Philip Goff’s book, Consciousness and Fundamental Reality, I learned that versions of panqualityism has been recently defended by philosophers Sam Coleman and Tom McClelland.  When it comes to addressing subjectivity, both draw upon what one might call the philosophy of mind toolkit.  Philosophers of mind have long been trying to understand conceptually how different aspects of our mental faculties might be understood.  The relationship of this activity to work in the relevant sciences (neurobiology, cognitive science) varies: a common approach for the philosopher is to try to keep up with the sciences, avoiding inconsistency, but then to proceed to theorize in advance of what is known (from the proverbial armchair) in pursuit of possible solutions.

In a recent article defending his approach, Coleman invokes higher-order thought (HOT) theory as a tool to understand the subjective character of conscious experience.1 HOT theory was put forward by David M. Rosenthal: roughly the main idea is that a mental state is conscious when we also have a thought about that state (the higher-order thought).  While HOT theory has faced many objections as an overall approach to consciousness, perhaps it can be applied to solve the relatively stripped-down question of what makes a mental state subjective. McClelland, on the other hand, invokes a self-representation model of subjectivity.2  Here (referencing work by Uriah Kriegel), the idea is that a state is subjective when, in addition to representing something else (say, an aspect of the external world), it also represents itself (unlike HOT theory, there is only one state involved rather than two).  The discussion of by the authors about how both ideas work out in conjunction with a Russellian framework is interesting and worth more consideration.

For now, I want to just make a meta-philosophical point by contrasting these approaches to subjectivity with a very different one. In a recent paper, Peter Godfrey-Smith examines the evolution of subjectivity as a biological phenomenon.3  One of the benefits of having a philosopher of science/biology like Godfrey-Smith working on the problem of mind is that it expands the territory of the possible solution space being considered.  This paper is very rich, and includes a great discussion of different biological features that appear relevant to the concept of subjectivity and their role in different kinds of organisms.  Given our common intuition that consciousness extends beyond humans at least to some extent, this kind of work can make a critical contribution for philosophy of mind.  I think it is especially relevant from the perspective of a divide and conquer strategy like panqualityism: a position that implies subjectivity is an aspect of phenomenal consciousness that should be relatively tractable to scientific explanation.

1. “Panpsychism and Neutral Monism: How to make up One's Mind,” In Brüntrup & Jaskolla  (eds.), Panpsychism: Contemporary Perspectives. Oxford University Press (2016).  A preprint can be accessed here.
2. In “The Neo-Russellian Ignorance Hypothesis: A Hybrid Account of Phenomenal Consciousness”, Journal of Consciousness Studies, 20, No. 3–4, 2013, pp. 125–51.
3. See (open access) “Evolving Across the Explanatory Gap,” Philosophy, Theory and Practice in Biology (2019) 11:1. See also this paper: "Varieties of Subjectivity."